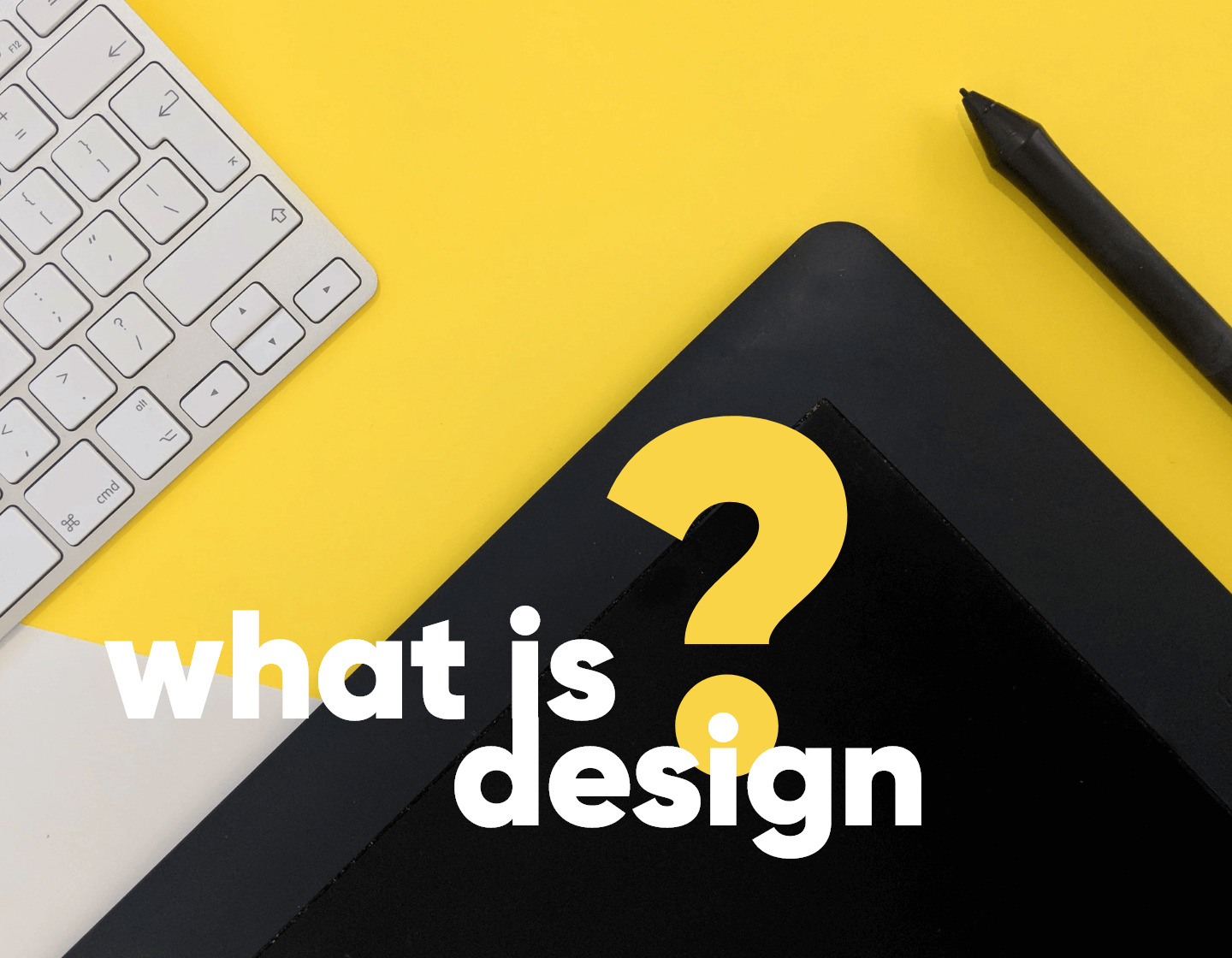 What is Design, Where Does it Originate and Why Is It Important?

What is design, really? Is it what we see in the fancy billboard on the highway? Or what we see when we switch the TV on our favorite fashion channel? Well, this seemingly simple question has quite a complex answer. In this article, we’ll shed some light on it.

Design is not about making things pretty for the sake of it. Although designers are certainly free to express their vision, ideas, and feelings, it’s all about making the user interaction more natural and complete. In its essence, this is a very broad term referring to the visual implementation of a plan for a specific product appearance (physical or digital) while taking aesthetic, functional, and other factors into consideration. Sounds too complicated? To put it in simple words, the design is what the final product should look like. 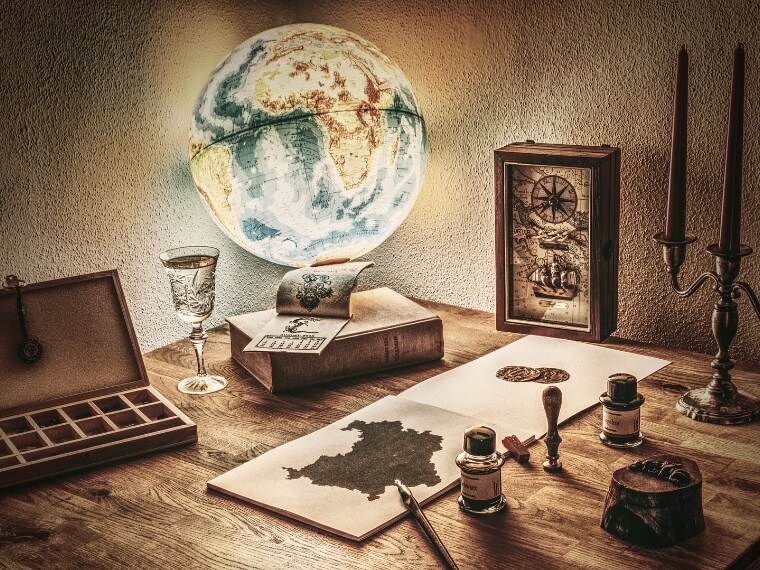 The history of design is a complex and quite relative matter. We could start tracing the roots of visual communication back to the cave paintings around 38 000 BC. During these prehistoric times, the inherent drive towards art in humans as species is proven by paintings on caves discovered all around the world. Subjects vary from hand imprints to animals and hunting scenes.

Then came the earliest written languages that were logographic. The very first one was created by the Sumerians around 3300 BC that used entire icons representing words and concepts instead of phonetic sounds. Even then it was evident that there was a natural need to communicate complex ideas through visuals. In fact, this is the very core of the modern graphic design.

During the 700s, humanity expanded its aesthetic horizons through calligraphy. As texts were written on hand, the beautifully crafted letters set certain scholars apart from others and made some books more valuable. Therefore, it’s fair to say that calligraphy, font aesthetics, and the importance of choosing the right styles of fonts originated in the Middle Ages.

A few centuries later, around 1100, came the need for the logo. Technically, European heraldry was a practice popularized by the Crusades where soldiers from different countries needed emblems to represent their houses and set them apart from the others. Same as logos, those sigils aimed to represent each house’s values, traditions, and characteristics.

Just about 300 years later, companies joined the tradition when King Richard the 2nd issued a law that required all alehouses to differentiate from their competitors via signs. This tradition, originating in the 14th century in England, survived to this day.

The Birth of Graphic Design

Graphic design began properly after the invention of the Gutenberg printing press in 1439. The new invention gave the opportunity to create text and art on a massive scale. Books were now affordable to the masses as well as design was now open for commercial use.

In the late 15th century, appeared the first concept for logos. The logos were at first limited to marks on documents that not only branded but showcased the printing skill of each printing company.  In the early 17th century, came the first printed advertisements. From this moment on, the evolution of graphic design gathered speed and in 1837, technology allowed the ability to print in color. With the invention of Chromolithography, brands were able to use the familiar advertising tools we know today, such as specific brand color schemes, slice-of-life scenes, and everything that aims to generate emotions in the audience. 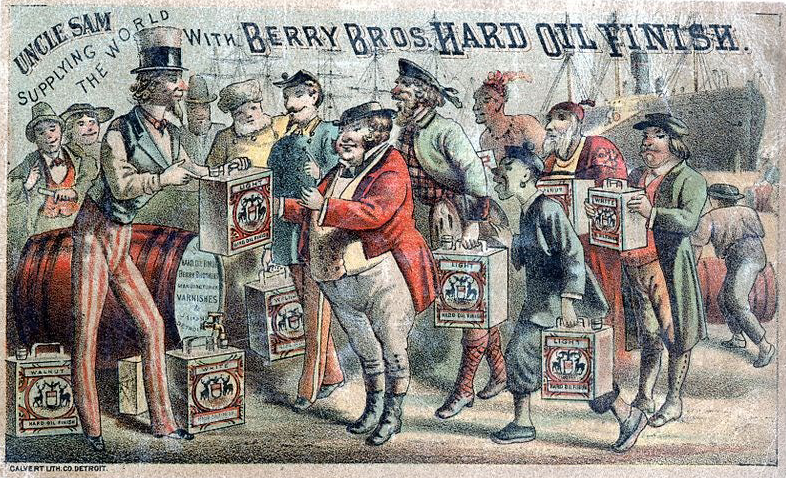 Modern graphic design, as we know it, started its development during the late 19th century till the end of WWII. This is when artists were pushed to experiment and develop new styles and techniques, while the very first graphic design agency was created. The Vienna Workshop (the Austrian Wiener Werkstatte) operated as an organization of artists, painters, graphic designers, and even architects. It’s the greatest achievement known today in the world of visual art, which is the creation of Cubism.

In terms of when Graphic design appeared as a term for the first time, we can easily pinpoint 1922. The book designer William Addison Dwiggins mentions the term in his article “New Kind of Printing Calls for New Design” in the Boston Evening Transcript. He used the term to describe his own role in structuring visuals in book designs. This put an end to the struggle of graphic- designers to explain to non-designers what they did exactly.

Although I mostly write about graphic design in this article, I can’t fail to at least mention the other branches as well. In short, the primary ones are architectural, product, and graphic design. 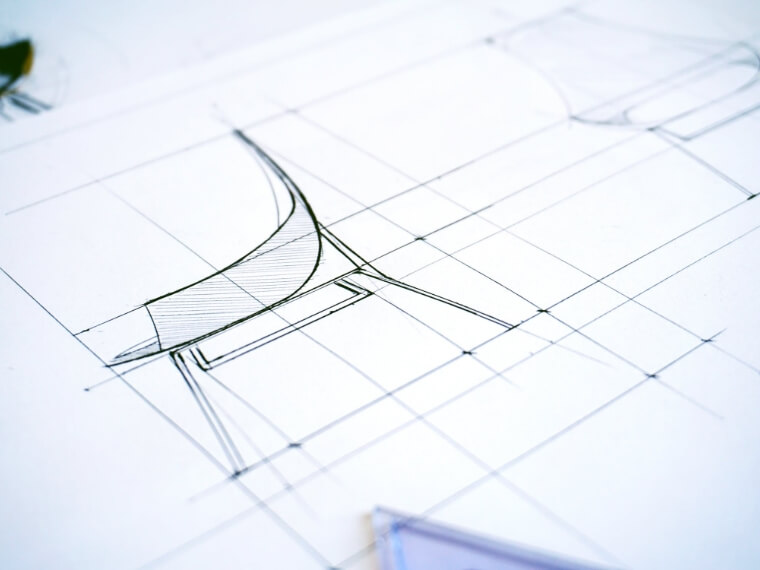 As the name suggests, this branch is dedicated to the design of products. It ranges from vehicles to furniture, clothing, and tech accessories. This branch includes industrial and fashion.

Product design triggers the whole process. It is about designing a solution that leads to its manufacturing. Product designers develop the concepts of the product itself while industrial designers take over the practical phase. The latter is how the concept of this product becomes a reality. 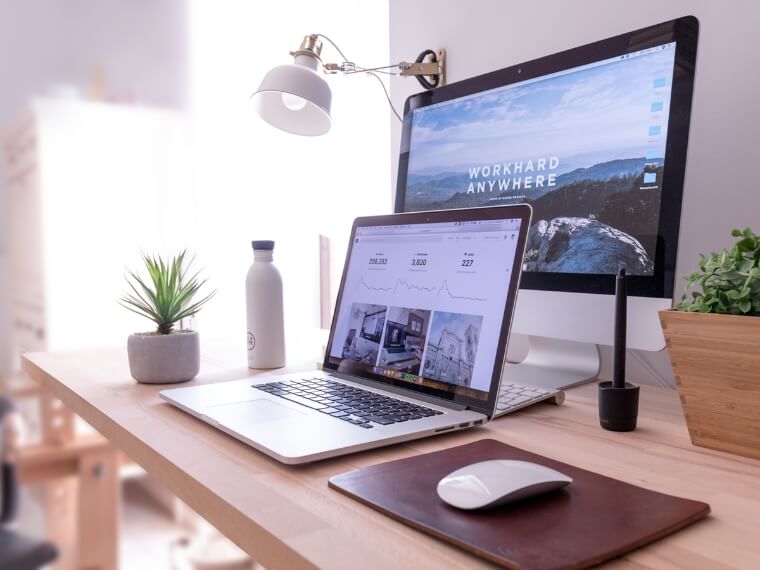 This category is broad and ranges from packaging to web promo to UX design for websites, social media, emails, software,  video games, and pretty much – everything digital. 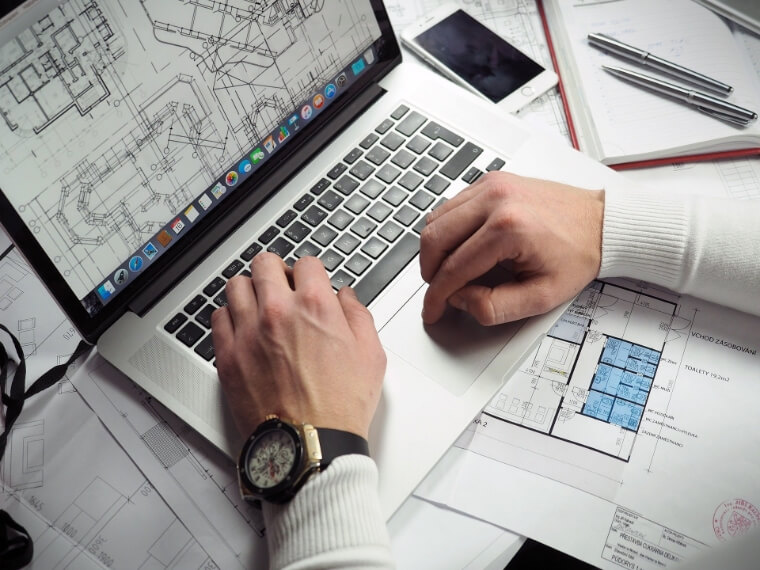 This branch refers to everything related to the design of places where people live or work. The branch includes sub-branches such as exterior, interior, office, residential and etc.

In short, digital design is everything that a designer creates and produces die viewing on a screen. The general term refers to designs in digital format rather than in print or a physical page. 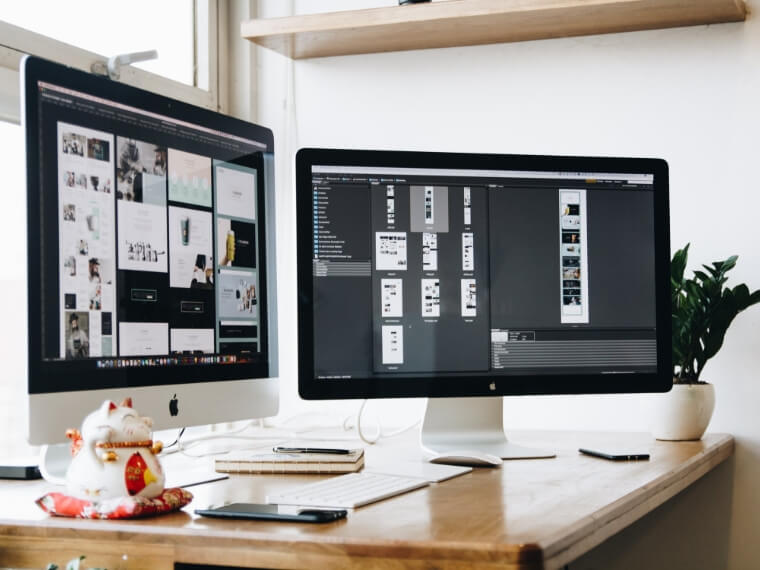 In the digital century we live in, it would be impossible to imagine the world without the existence of the web. Web design is relatively new to the family. It emerged about 30 years ago when computer engineers and software developers introduced graphic interfaces. Nowadays, web design is one of the most popular fields in the sphere. 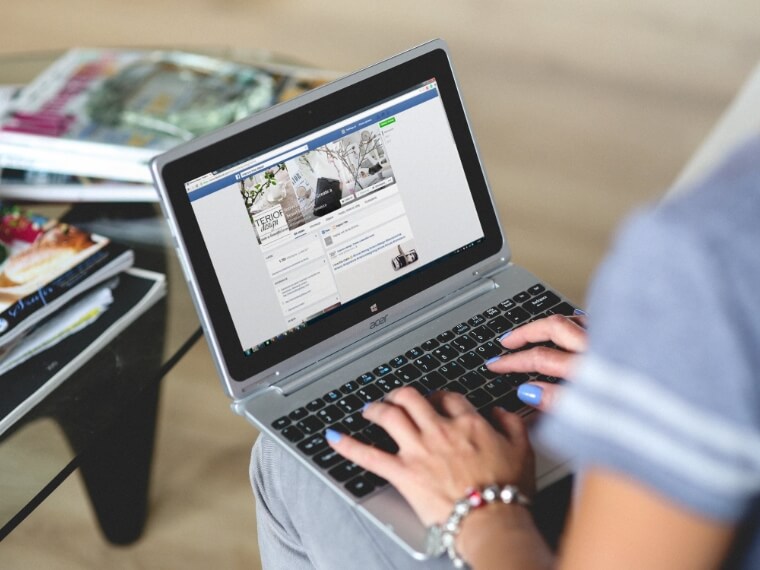 Social media design is even newer than web design. It has its own niche ever since social media has made its boom on the web. It refers to a design created with the purpose to be shared on social media.

This is another very tight niche that is probably the most important part of developing a brand identity. It refers to the creation of logos, logotypes, logomarks, and letter marks. Logo design is truly a specific field that requires sharp-wittedness and creative thinking. 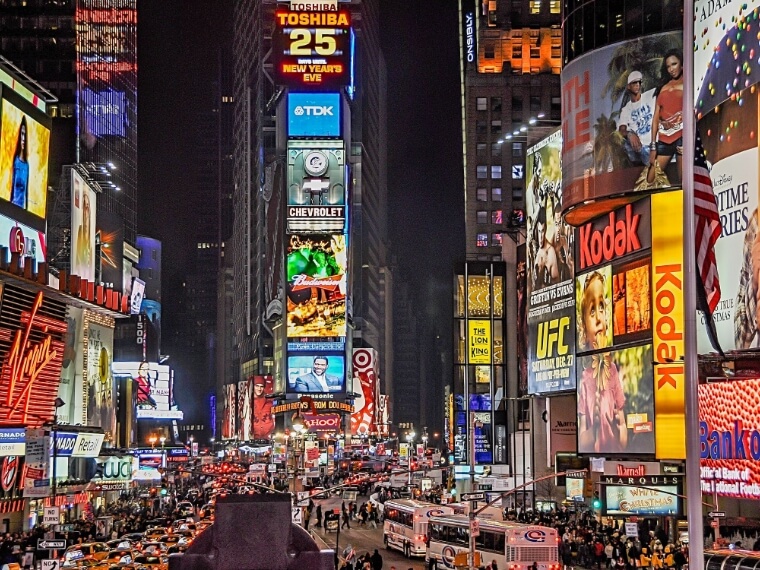 A very essential field in today’s economy that targets to promote businesses, products, events, causes, and more. This category is linked to all other categories. Digital promotional design is on social media, in email campaigns, on websites, on search engines. Pretty much – everywhere on the web.

Design provokes, makes an impact and creates movement. It aims to influence people, to provoke emotions, and to encourage them to take action. Even in prehistoric and ancient times, it provoked admiration and respect. It united people and created strong beliefs, movements, and even cults.

Nowadays, the task of contemporary designers is to create physical and digital products that thrill people, engage them, and make them act.

Design is one of the most important factors the world’s economy relies upon and a major characteristic of the modern days.