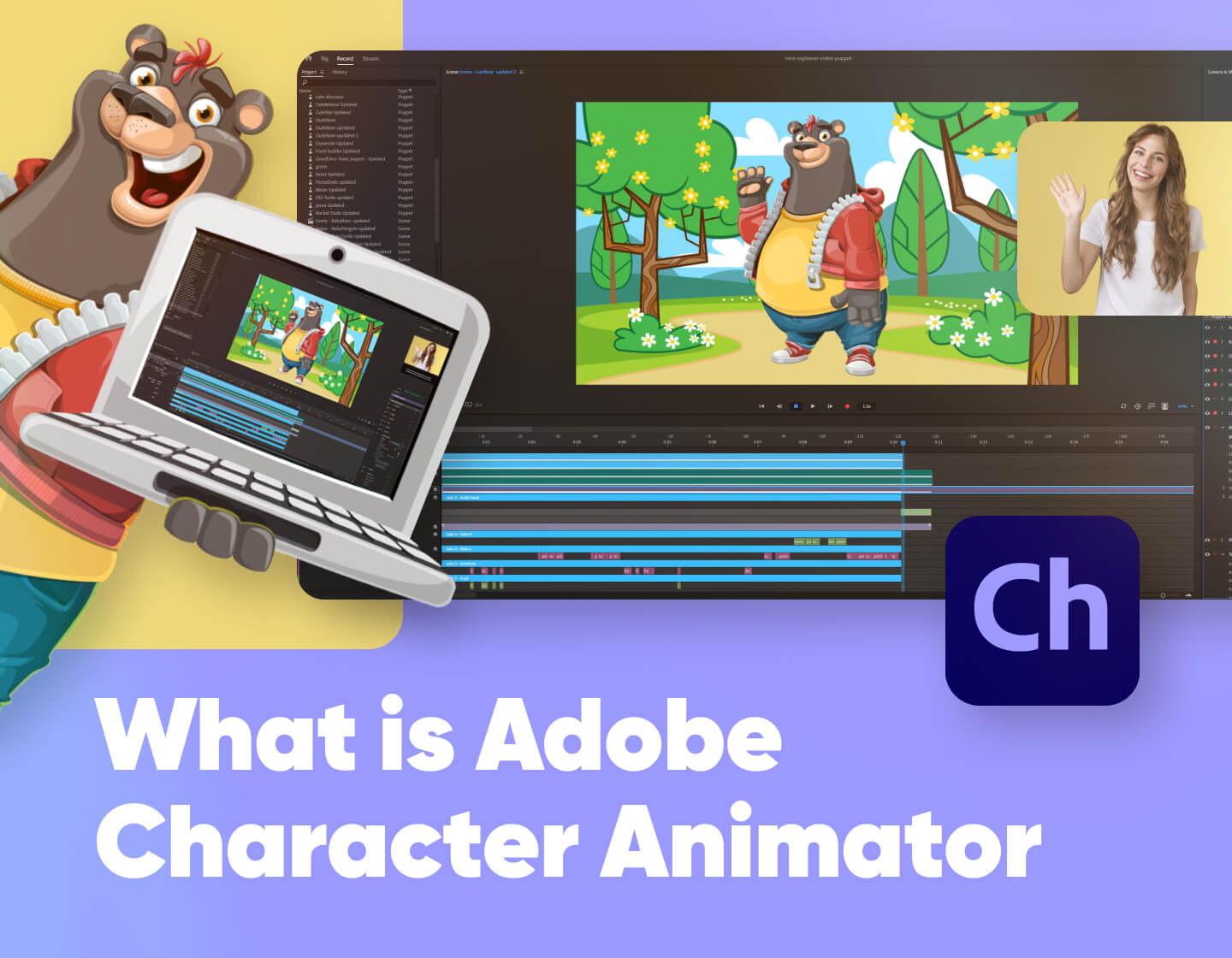 What is Adobe Character Animator & Is It For You?

Adobe Character Animator has gained a lot of popularity in the video animation industry and a reputation as a great beginner-friendly software for making fast and easy character animations. This post is a great guide for everyone who is still new to the subject. We’ll find out what Character Animator is all about, who can use it, and what you can create with it. Let’s begin!

What is Adobe Character Animator?

Adobe Character Animator is a software that allows anyone to create character animation videos fast and easily, no matter if you are a complete enthusiast or a professional animator.

What makes Character Animator different from other animation software, is that it uses a revolutionary approach to bringing characters to life. The software connects with your camera and mic to capture your voice, facial expressions, head turns, and body motions, and then – animate the character, i.e. the puppet, accordingly.

Just as easy as it sounds, and it saves you tons of time for creating super eye-catching explainer videos and tutorials, cool live streams and real-time animations, and even a full-length cartoon animation!

Who can use Adobe Character Animator?

From beginners to professional animators, Adobe Character Animator is eligible to use by everyone! In fact, plenty of software users are complete newbies in making animations. The software is a great first choice for someone who is just making their first steps in the field.

1. Easy to pick up from a beginner.

The real-time performance signature feature of Adobe Character Animator saves you tons of time. Animating is literally as fast as a real-life action. And while it doesn’t provide as much precision for creating a fully sleek, advanced video animation, it does allow you to record dialog and monolog scenes super fast, along with some predefined triggers and replayed actions, which you can later import into After Effects or Premiere Pro for additional twitches and video effects.

And while performance-based animation is the selling point for Adobe Character Animator, this feature does perform really amazingly. The lips-and-face-tracking feature alone was quite a time-saver. And now, since Adobe has made full-body tracking possible, you can literally animate a character without touching your keyboard and mouse!

Along with launching body tracking, the software recently released an enormous Motion Library which gives you hundreds of animated motions to try on your character.

Just to make your animation more colorful and rich, you can apply triggers, action replays, and even sound effects during any point of your video animation, by just hitting the corresponding hotkeys on your keyboard.  (For example, press Z for waving, X for pointing, etc.)

If you are just starting now with the software, it will be good news for you to know that most of the stock and free Adobe Character Animator puppets templates come with premade triggers and replays already rigged for the puppet, so all you have to do is press the hotkeys to activate the corresponding action.

Moreover, you can have authentic physics animations added throughout the entire video like the character’s hair dangling due to weather conditions, a fish flowing, etc.

Adobe Character Animator is really built in mind for your convenience. The user interface is pretty friendly and provides you with features that are a total win for many people.

You can have multiple scenes in one project. You can resize all windows, including the stage. You can dock all windows. You can create multiple custom workspaces, and so on.

The great diversity and comprehensibility of Adobe Character Animator tutorials make the software even more friendly for beginners than it already is! You can use built-in tutorials to follow along or subscribe to a fully devoted YouTube channel that not only gives detailed information about each new feature but provides free Character Animator puppet templates for practicing. Not to mention that Adobe’s help center updates its information after each software update release.

Character Animator makes it really easy to create a full character from scratch or edit a character’s appearance from a template. You can easily use Photoshop or Illustrator to edit the look according to your taste and depending on where the character was initially created. Alternatively, you can use Adobe’s handy feature Puppet Maker to play with the character’s appearance (for those which are customizable).

There are plenty of tutorials about rigging and recording in Adobe Character Animator, too. Rigging is the process of making an AI or PDF character viable for Character Animator, so the software can detect and recognize its facial features and body parts, and animate it accordingly. Just as mentioned before, most premade Adobe Character Animator puppet templates come fully rigged, so you don’t necessarily have to get through this process in order to start animating.

Use cases: Video animations made with Adobe Character Animator

So far, so good. Now, the big question is: What you can create with Adobe Character Animator?

Let’s check out a good portion of video examples made with Adobe Character Animator. Don’t be judgemental! Some of these videos are made by complete beginners just like you, super enthusiastic to start exploring the possibilities of the software.

Explainer video made with Adobe Character Animator by ayoub yazidi

Examples of animated video meetings, and video interviews made with Adobe Character Animator

Video presentation of “Rick and Morty Live” made by multiple people

Examples of animated music videos made with Adobe Character Animator

What is Adobe Character Animator’s price and can you use it for free?

Adobe Character Animator does have a free version, called Starter mode, which you can download and use completely for free! However, the Starter mode does have certain limitations. While you can easily and quickly select a puppet and a background, record your audio, add a few animation triggers afterward (if available), and export, you don’t really have access to many of the Pro features like body tracking, Motion Library, limb motion controls, character editing, etc.

However, the Starter mode is a great starting point for every beginner that wants to get a taste of what the software is about. Here is a quick tutorial to check out what to expect.

The professional version that gives you full access to all advanced features of the software is called Pro mode. How much does it cost?

In order to download and use the Pro version of Adobe Character Animator, you need to purchase a subscription plan for Adobe’s Creative Cloud All-Apps. You have a 7-day trial to test it out. Currently, the price on the site is US$54.99/month but they do offer discounts several times a year.

In order to run the program, your device has to cover the minimum Adobe Character Animator system requirements, regularly updated on their site.

Alright! With this article, we really tried to capture the full magic around Character Animator, plus all the possibilities it provides for complete beginners to create, engage with, and monetize all kinds of video animations. So, what’s next?

Iveta is a passionate writer at GraphicMama who has been writing for the brand ever since the blog was launched. She keeps her focus on inspiring people and giving insight on topics like graphic design, illustrations, education, business, marketing, and more. 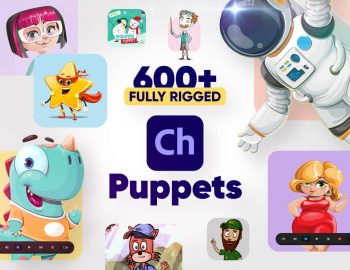